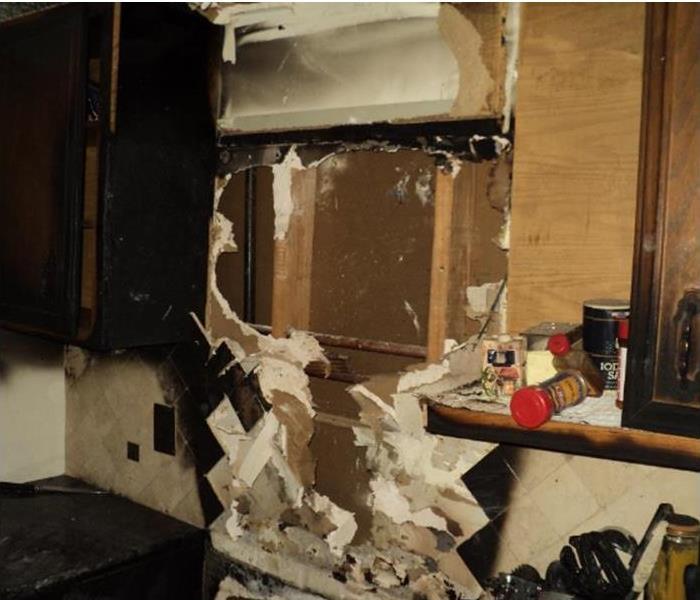 The kitchen blaze was under control with the under-the-sink cabinet fire extinguisher, but not before fire damage occurred. The wall was broken into to make sure no embers remained by the first responders who were called, though the fire was out. Our SERVPRO team then arrived and proceeded to collect, bag, and discard all the debris caused by this small house fire. Once all the electric and plumbing fittings were okayed and we had set up smoke and odor nullifying equipment, we could begin the build back to a condition even better than before. You can rely on SERVPRO for a complete fire damage restoration service--from cleanup, working with our insurance company to the final build back as shown in the After Photo.

View More Before & After Photos